Gross margin for the quarter was 39.7 percent compared to 39.4 percent in the year-ago quarter, with international sales accounting for 64 percent of revenue. Apple also declared an upcoming dividend payment of $0.52 per share, payable on August 13 to shareholders of record as of August 10. The company currently holds $202.8 billion in cash and marketable securities. 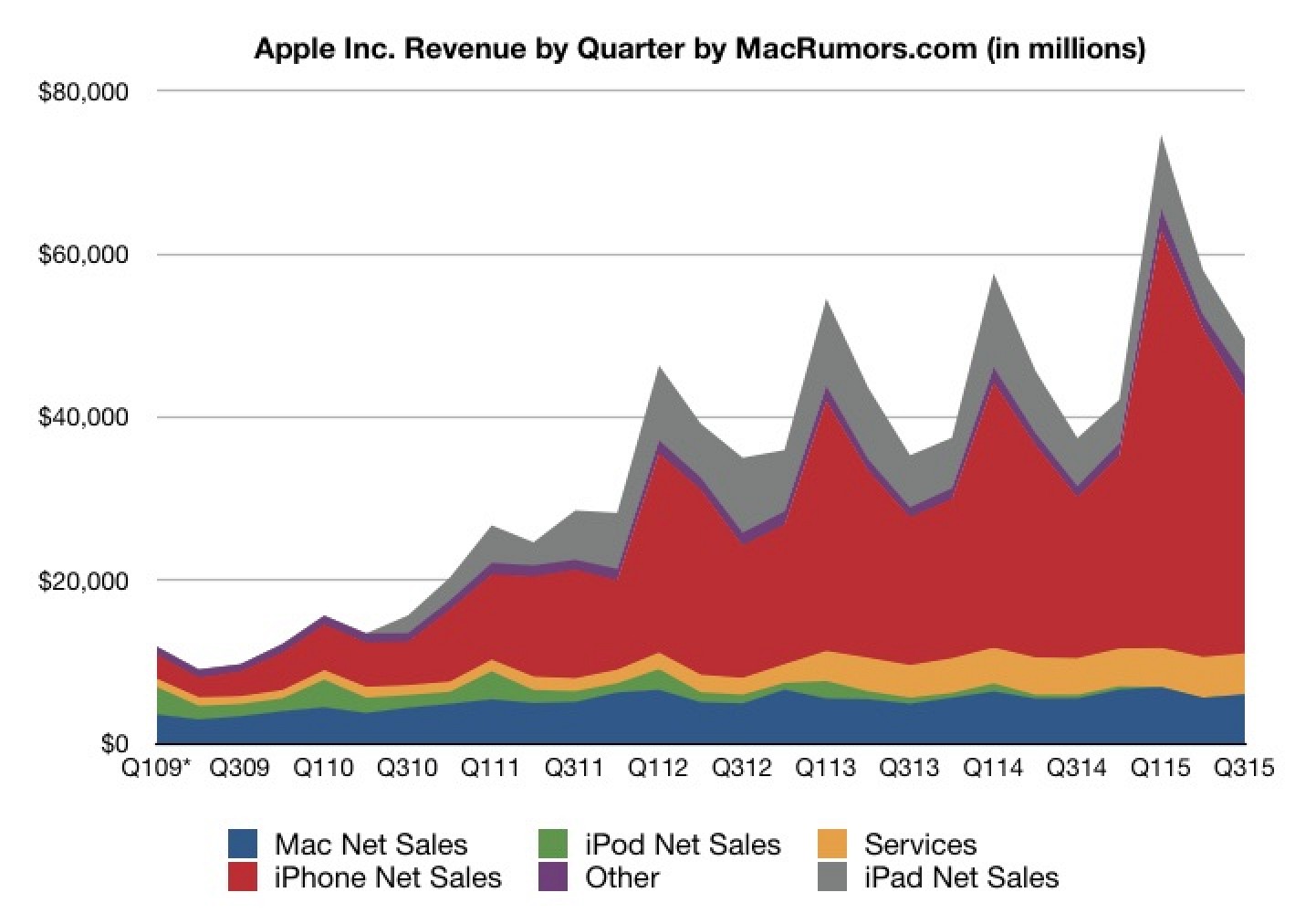 Apple sold 47.5 million iPhones during the quarter, up from 35.2 million a year earlier, while Mac sales registered 4.8 million units, up from 4.4 million units in the year-ago quarter. iPad sales continued to decline, however, falling to 10.9 million from 13.3 million.

“We had an amazing quarter, with iPhone revenue up 59 percent over last year, strong sales of Mac, all-time record revenue from services, driven by the App Store, and a great start for Apple Watch,” said Tim Cook, Apple’s CEO. “The excitement for Apple Music has been incredible, and we’re looking forward to releasing iOS 9, OS X El Capitan and watchOS 2 to customers in the fall.”

Apple’s guidance for the fourth quarter of fiscal 2015 includes expected revenue of $49-51 billion and gross margin between 38.5 and 39.5 percent. 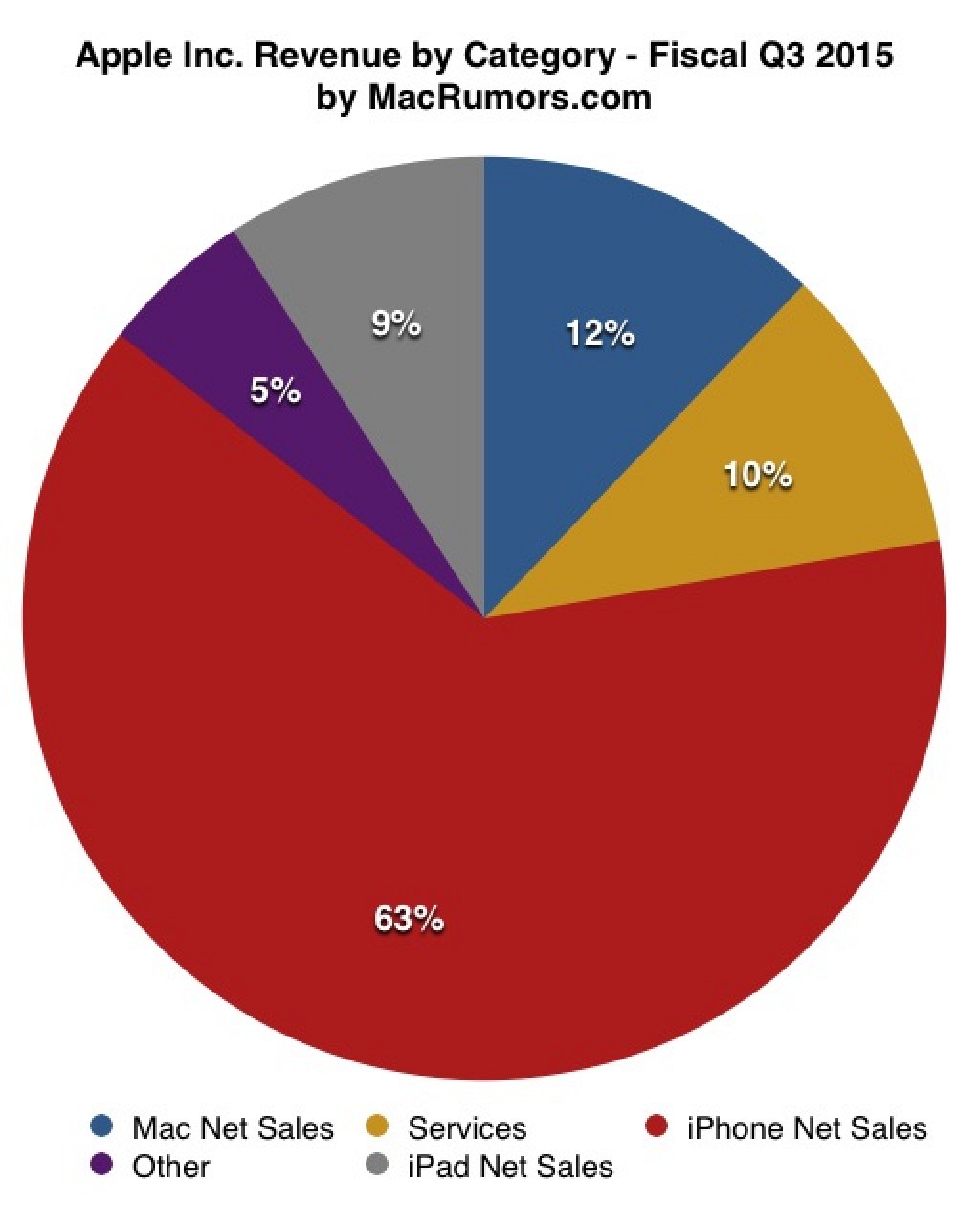 Apple will provide live streaming of its fiscal Q3 2015 financial results conference call at 2:00 PM Pacific, and MacRumors will update this story with coverage of the conference call highlights.