Apple today released a new television ad for the holidays, featuring the company’s flagship iPhone 5s capturing and sharing holiday memories in the form of a video shared over Apple’s AirPlay.
The song “Have Yourself A Merry Little Christmas” plays in the background as the iPhone 5s is used to capture video of a family engaging in holiday activities like decorating Christmas cookies, participating in a snowball fight, and decorating a Christmas tree. Later in the commercial, the video footage is played back to the family over AirPlay. “Happy Holidays” is displayed at the end of the video.

Apple historically releases a new video during each holiday season and in 2012, the company focused on the iPad and FaceTime. In 2011, the holiday commercial featuredSanta using Siri on an iPhone 4s. While those previous videos were more product focused, the newest holiday ad focuses on iPhone users and the way their devices enhance their lives. 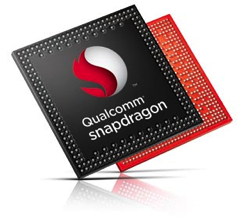 Earlier this year, after Apple released the first 64-bit chip for smartphones, a Qualcomm spokesperson claimed the A7 processor was a“marketing gimmick” and that there is “zero benefit” to the consumer from the chip. Those comments were later walked back before the executive who made them was reassigned.

Now, Dan Lyons — the former Fake Steve Jobs and tech columnist — writes at HubSpot that the A7 chip “hit [Qualcomm] in the gut”, according to an unnamed Qualcomm employee.

http://cdn.macrumors.com/images-new/quote.png); background-position: 0px 12px; background-repeat: no-repeat no-repeat;”>”The 64-bit Apple chip hit us in the gut,” says the Qualcomm employee. “Not just us, but everyone, really. We were slack-jawed, and stunned, and unprepared. It’s not that big a performance difference right now, since most current software won’t benefit. But in Spinal Tap terms it’s like, 32 more, and now everyone wants it.”

“The roadmap for 64-bit was nowhere close to Apple’s, since no one thought it was that essential,” the Qualcomm insider says. “The evolution was going to be steady. Sure, it’s neat, it’s the future, but it’s not really essential for conditions now.”

But once Apple introduced a 64-bit processor, all the other phone-makers wanted one too. “Apple kicked everybody in the balls with this. It’s being downplayed, but it set off panic in the industry.”

Since the launch of the iPhone 5s, Apple has gone on to put its flagship A7 64-bit processor in the latest iPad and iPad mini models, in addition to the iPhone 5s.

Both Samsung and Qualcomm have announced that their future smartphone processors will be 64-bit. For Apple, though many apps will not take advantage of the increased speed of the A7 processor, some apps — Djay and Vjay for example — do see significant speed improvements with the new processor.