Title: any news this week?

Only One of Two Larger iPhone 6 Models Likely, According to Analyst 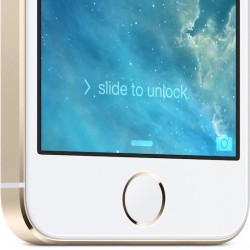 Apple may only launch one of two larger size iPhones this fall, according to UBS analyst Steve Milunovich. Barron’s relays the research note, which is based on Milunovich’s “checks” of the supply chain.
iPhone 6 rumors have repeatedly suggested that Apple is working on two new sizes for the iPhone. Predictions most commonly include 4.7″ and 5.5″ sizes, up from the current 4″ screen of the iPhone 5S. Milunovich’s report agrees that Apple is working on those same two models, but isn’t sure both will launch:

an “iPhone 6” is most likely to come in August or September, rather than June, in two different models, one with a 4.7-inch screen, one with a 5.5-inch screen. He thinks the former, the smaller of the two, “seems certain,” but that the 5.5-inch model “may or may not launch at the same time and could be of the same resolution (lower pip), which would help app developers.

The analyst pegs the launch date for the next iPhone to be in August or September, but the release of the 5.5″ model is less certain.

One additional detail he provides is that the 5.5″ model may carry the same resolution as the 4.7″ model. Not much has been said of the display resolution of these rumored large form factor iPhones. We haven’t previously seen many reports from UBS analyst Steve Milunovich, so don’t have much of a sense for his track record. iPhone 6 leaks will continue to accelerate as Apple gets closer to production.

Friday March 21, 2014 5:27 pm PDT by Arnold Kim
A new forum post on Weiphone.com [Google Translation] has revealed a number of details about Apple’s upcoming plans for its MacBook notebooks as well as some details about its iWatch initiative. The author of the post has posted legitimate leaks and photos of un-released MacBook hardware in the past, lending credibility to this new information.

The poster writes about the upcoming MacBook Pro line as well as a new 12″ notebook that has previously been predicted, suggesting the future MacBook could be released without a fan assembly and with a redesigned trackpad. A MacRumors reader provides a summary translation of the post:

1. MacBook Air updates are coming soon; MacBook Pro updates won’t occur until September.
2. He discusses a new 12 inch notebook without fan assembly. It comes with a new trackpad design that doesn’t include the mechanical button, as we do on current MacBooks.
3. An Apple watch device does exist but still in prototype stage, so its announcement won’t come anytime soon.

It is not entirely clear where a potential 12″ MacBook might fit into Apple’s product line. KGI Securities analyst Ming-Chi Kuo first predicted in October that Apple would be releasing a 12″ slim MacBook with a Retina Display this later year:

http://cdn.macrumors.com/images-new/quote.png); background-position: 0px 12px; background-repeat: no-repeat no-repeat;”>We expect the unprecedented 12″ model will boast both the portability of the 11″ model, and productivity of the 13″ model. The high resolution display will also offer the outstanding visual experience of the Retina MacBook Pro. The offering will likely be lighter and slimmer than the existing MacBook Air to further highlight ease of portability in the cloud computing era.

The author of the post also comments on Apple’s much-rumored smart watch, noting that it remains in the prototype stages and is unlikely to see a release soon. That is in line with other rumors, which have targeted a late 2014 release date for the product.

No apps will be deleted BUT it will take apps out of folders, except for utilities.
And give you a clean slate to start reorganising.