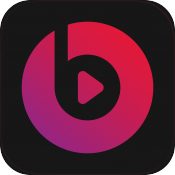 Music industry veteran Jimmy Iovine is believed to be the primary target in Apple’s rumored acquisition of Beats Electronics, but the company also is eyeing Beats’ streaming music service and the Beats branded headphone business, reports Bloomberg. Apple likely will assume leadership of the company, but keep the Beats brand independent.

Apple became interested in doing a deal with Beats after executives were impressed by Beats Music, an online music streaming service unveiled earlier this year, which was rapidly converting users into paying subscribers, said a person with knowledge of the talks, who asked not to be identified because the discussions are private.

Beats Music could fill a gap in Apple’s music portfolio, which now offers digital downloads via iTunes and iTunes Radio, a channel-based music streaming service akin to Pandora. Though still a leader in the music download arena, iTunes is losing ground to full-library streaming music services like Spotify, which is poised to overtake iTunes as Europe’s largest online digital music service.

Both Iovine and Dre may take on senior roles at Apple following Apple’s acquisition, remaining at Beats’ Los Angeles headquarters and traveling to Cupertino when necessary. Iovine is expected to leave his role as chairman of Interscope Geffen A&M records and use his music industry experience to help Apple secure future deals with music labels.