Apple’s mobile operating system continues to dominate the enterprise sector, according to new numbers in Good Technology’s latest Mobility Index Report [PDF], but Android has made enterprise market share gains at Apple’s expense. Android’s rising share of the enterprise market shows the wisdom behind Apple’s recent IBM deal, which will see the two companies partnering up for custom enterprise apps. 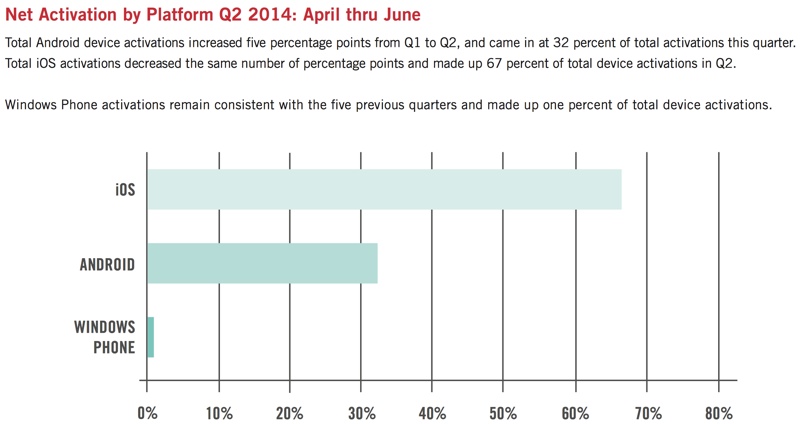 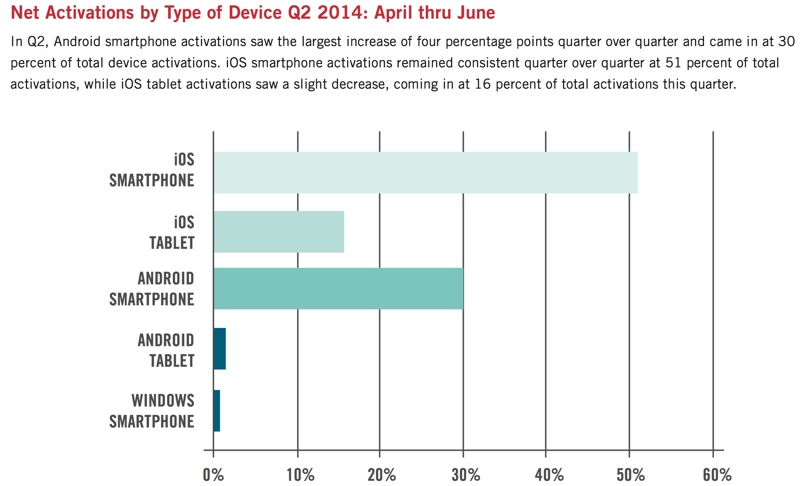 Though Apple’s enterprise numbers have seen a slight drop in the current quarter, its share of the enterprise market is poised to grow substantially over the coming months thanks to its recent partnership with IBM.

In addition to selling iOS devices to its corporate customers, IBM has plans to create more than 100 industry-specific native apps built from the ground up for the iPad and the iPhone, which will undoubtedly draw more enterprise customers looking for customized experiences. According to Good’s survey, custom app activations have been on the rise, seeing a 25 percent growth quarter over quarter.

Following the announcement of Apple’s partnership with IBM, CEO Tim Cook said he sees the deal as an opportunity for “transforming enterprise” and opening up a “large market opportunity” for both companies.

IBM’s first apps tailored to various industries like retail, healthcare, banking, travel, and transportation are expected to be released this fall, with additional apps following in 2015. In recent weeks, Apple has also been heavily pushing productivity apps on the iPad to poise the tablet as more than just a content consumption device, sending out emails promoting iWork and Microsoft Office and cutting the prices on many productivity apps.